Sixteen:Fifteen is sharing an article from “The Gospel Coalition”, written by Matt Smethurst.  Please enjoy!

Why Less Is More in Missions
I doubt you could find a solidly evangelical church that denies the importance of missions. We know missions matters, a lot more than our lives often reflect. Many of us live with low-level guilt over our lack of excitement about and involvement in God’s work among the nations. Every evangelical pastor worth his salt desires a missions-minded church, but where to begin? It’s easy to feel paralyzed—immobilized—with guilt from the past, indecision in the present, and lack of vision for the future.
From Albuquerque to Guatemala
“Reactive and sporadic.” That’s how many members of Desert Springs Church in Albuquerque, New Mexico, would describe their mission efforts prior to 2004. Plenty of good intention, but little deliberate strategy.  Perhaps you can relate.
Around 2004, however, a group of lay and staff leaders at Desert Springs sought “church missions coaching” with Sixteen: Fifteen, an organization that encourages, equips, and mobilizes congregations in their call to reach the nations. The church ultimately decided to adopt a “least reached” people group: the Rabinal Achi. These peaceful agricultural people dwell in the mountains of Guatemala, where they’ve managed to maintain their Mayan identity for centuries.
For almost three decades, encompassing much of the Guatemalan Civil War (1960-1996), Rodrigo and Carol Barrera, a couple serving with Wycliffe Bible Translators, had been laboring to translate the New Testament into the Achi’s native tongue. But as of 2004, the project was still incomplete.
Got Four Bucks?
While Desert Springs began supporting the Barreras regularly from their missions budget, another opportunity quickly arose for the body to get involved in an even more tangible way. Part of the plan for distributing the New Testament in the Achi language was to utilize an audio recording by means of a unique ministry tool called the Proclaimer—a solar-powered playback device that enables people to hear the Scriptures in their heart language. So, having determined the cost per verse (about $4 apiece), the Desert Springs elders and global missions team launched a campaign to fund the recording and distribution of the New Testament via the Proclaimer. Called The Word of God for Every Achi, the effort was a smashing success; in just one month (January 2005), more than $26,000 was raised, and the funding for the audio New Testament was complete.

From Print to Proclaimer to . . . Parade?

The next step, then, was to help accelerate the Barreras’s work in finishing the written text. Beginning in 2005 the Barreras, along with other outreach efforts in Guatemala, were a centerpiece in the missions budget and focus of Desert Springs. By September 2009, the translation project was complete, and it was time to plan a party.

Four months later, in January 2010, numerous members and leaders from Desert Springs flew down to join the celebration over the New Testament unveiling. This was no discreet occasion, either; a village of 10,000 had a parade down the middle of the street! Little Achi children were seen running around in cardboard boxes, dressed up as Bibles.
The Rabinal Achi had been anticipating Christ’s words to them in their language, and, on that winter morning, tucked away in mountainous obscurity, the treasure had arrived at last.
Since 2009, hundreds of written copies of the New Testament have been distributed to the Achi People, and at least 120 listening groups representing more than 1,000 people have been started in Achi country by means of the Proclaimer.
Training Pastors
The New Testament Dedication also marked the first Achi pastors conference, in which Desert Springs preaching pastor Ryan Kelly taught about the centrality of the Scriptures in the life and ministry of an undershepherd. After the last two years, these conferences are now an annual occasion. 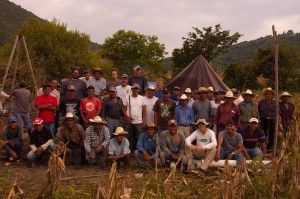 The need for pastoral training is urgent, as some churches in the area struggle with legalism and even syncretism. “Our prayer,” missions director Clint Moore says, “is that with the New Testament in their language, a fresh reformation will come to the people we love.” In addition to the New Testament, members of Desert Springs have taken numerous Packing Hope resources, provided by TGC International Outreach (TGCIO), to the Achi.
“We believe God has blessed the English-speaking world in amazing ways theologically,” Moore explains, “and in the spirit of God’s promise to bless Abraham so that he might be a blessing to all nations, we want to pay this blessing forward.”
TGCIO, he says, is an ideal avenue for theological famine relief. “TGCIO has a laser focus on spreading spiritual meat through rich teaching based on the Scripture, centered on the gospel, and aimed at the glory of God. We pray the truths expressed and celebrated in The Gospel Coalition would spread to all nations, encouraging leaders from every tongue to love God all the more with their mind as they already do with their heart, soul, and strength.”
Moore is quick to add, though, that there’s much his people stand to learn from the Achi, too: “how to trust in God, how to avoid getting entangled in the things of this world, and a lot more. This is a thoroughly mutual relationship.”

From Floodlight to Laserlight
How has the leadership of Desert Springs so effectively rallied their people for the cause of missions? Moore notes three key factors: 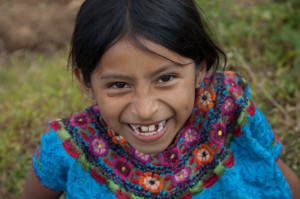 First, focus is everything. Improvement began when Desert Springs finally abandoned its “floodlight” approach to missions in favor of a “laserlight” one.

“As missions director,” he explains, “the question for me is not how many places in the world I can get our church excited about reaching, but how many other churches I can get excited about the few places—or one place—we’ve committed to reach. Just become one church that focuses on one people group, and you’ll start making an impact you never thought possible.”Focused approaches energize; fragmented ones overwhelm. Effective missions directors learn to say noto what’s good in order to say yes to what’s best.
Second, the focus of a church will only be as good as the focus of its leaders. “Our members stay focused on missions because we’re staying focused,” Moore says. “The bandwidth of people’s attention and care is limited, so if you simply offer missions as one of many options, it will inevitably become white noise. It’s better to hold up a vision for a few places rather than for many, and then pledge to focus well on those areas.”
“Do less better” is the Desert Springs elders’ basic motto, and it pretty well encapsulates their global initiatives.
Third, the pulpit must drive the passion. One of the decisive factors in mobilizing the people of Desert Springs, Moore notes, has been “the consistent, God-centered, gospel-rich preaching from the pulpit each week. The vision to send folks to the nations grows in a soil of preaching about a big God, who has good news and a big plan to save a big world.” Occasionally hosting “Missions Emphasis” Sundays in which you bring in people from the parts of the world you’re targeting can be powerful and effective.
“You can’t find someone in our church who doesn’t care about the Achi,” Moore says. “They’re eager to pray, eager to give, eager to get down there and serve, and learn.”
May the Lord raise up a thousand more such congregations, beginning with yours.
Matt Smethurst serves as associate editor for The Gospel Coalition and lives in Louisville, Kentucky.

For more information on how 16:15 can help unleash your church’s potential to reach the nations, call to talk with a Church Coach at 505-248-1615, email info@1615.org or click hereto visit our website.