Time is Full Once Again

Galatians 4:4,5 (KJV) “But when the fullness of the time was come, God sent forth his Son, made of a woman, made under the law, to redeem them that were under the law, that we might receive the adoption of sons.”

Over 2,000 years ago when the fullness of time had come, God sent forth His Son.  His sovereign preparation had paved the way for the arrival of the Savior.  Pax Romana, brought Roman Roads and Roman peace.  From history’s view point the Roman Empire itself had prepared the world for the Gospel.  An amazing road system connected city with city and all cities ultimately with Rome.  This trade, travel, and information highway was used to proliferate the Gospel throughout the world’s population centers. There was one dominant language: Koine Greek.  Its descriptiveness made it perfect for writing the Scriptures, but it was also spoken and read by almost everyone.  There were Hungry Hearts; world religions had failed to meet the ache of men’s hearts.  These and other circumstances were the backdrops that lead to a massive spread of the Gospel.  God shouted into History. 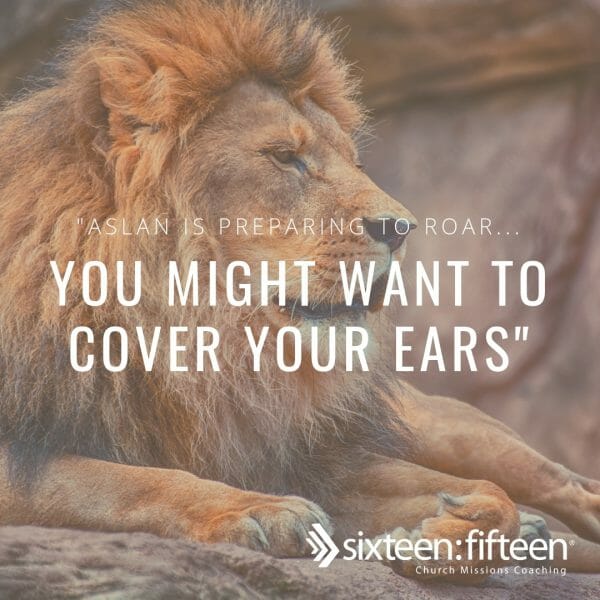 Time is full once again and a massive spread of the Gospel is underway…God has engineered extraordinary circumstances and supplied His people with critical Great Commission resources: technology, globalization, world-wide travel capabilities, churches everywhere taking ownership of the Great Commission rediscovering their ultimate purpose to Treasure Christ and to make Him Known, a focus on targeting and reaching unreached peoples, a growing unity leading to unprecedented partnerships among churches and missions organizations… and this is only the beginning.

God is preparing to Shout Into History once again OR to borrow from C.S. Lewis’ The Lion, the Witch and the Wardrobe:

“Aslan is preparing to roar…you might want to cover your ears.”

Matthew serves as the President and Missions Coach  of Sixteen:Fifteen. He is the co-author of When Everything Is Missions. For more information on how Sixteen:Fifteen can help unleash your church’s potential to reach the nations, call to talk with a Church Coach at 505-248-1615, email info@1615.org or www.1615.org to visit our website.