By Matthew Ellison
It is hard to believe that only a few hours south of the United States, in West Central Mexico, there are six states that are believed to have less than 2% born again Christians. These six states form a circle called the Circle of Silence. Perhaps even more unbelievable are the several indigenous groups within this circle that have no known witnessing churches. I recently accompanied several church and mission leaders from Northside Christian Church in Fresno, a church I have been coaching for the last year, on a scouting trip to investigate opportunities and explore potential partnerships inside the circle. Due to sensitivity issues I cannot name the people group that Northside is being called by God to engage with the gospel. In fact, we learned that several missionaries were recently deported from Mexico because of their work in this very difficult and dangerous region. 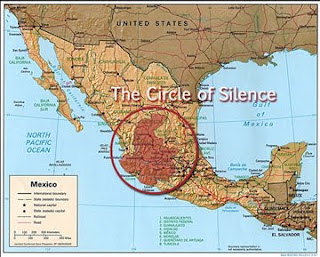 As one would expect, our time with field partners revealed that if a church desires to work in this area that they need to be prepared to make significant sacrifices. Moreover, if a lasting work was going to take place among this people group that it must be done by God Himself. Over and over during the trip, Jim Corrao, the executive pastor said to me that he recognized that this work was impossible, but that they as a church were longing to see God use them to do a missions work that they could not pull off with their own resources and strength. This, I believe is a church that has truly counted the cost. They do not have romantic ideas about doing missions. They are fully aware of the realities of doing missions in hard places. One of the values that they forged during the coaching process and are now cultivating is Sacrifice. This is what sacrifice means to Northside Christian: To willingly give of our time, resources, comforts, family, and even life in order to bring God’s glory to the nations.
Northside’s work in this marginalized area of Mexico will be hard, the sacrifices great, the odds seemingly insurmountable, but they know that representatives from the people group they are engaging will worship God and His Son forever in His Kingdom and so they are prepared to hold fast in the days ahead, trusting that the silence will be broken.
To all who stand with us in unleashing churches like Northside through missions coaching, rejoice that another forgotten people has been remembered. Your giving and praying is being used by God to make the impossible, possible.