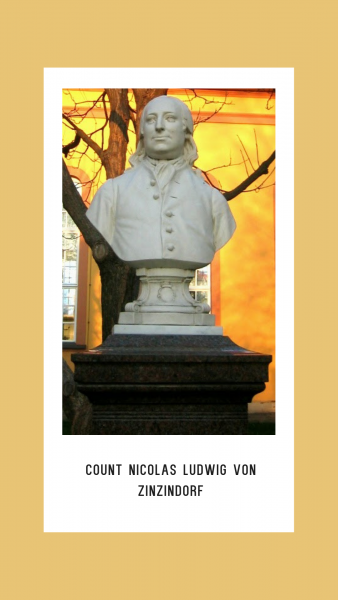 Perhaps you’ve heard of Count Nicolas Ludwig Von Zinzindorf. A German born in 1700 to a very wealthy family.  He came to Christ while he was still a young man and he went on to found a Christian community called “Hernhut” which means the Lord’s watch. He eventually became part of the Moravian Church movement best known for its unquenchable missionary zeal.

In 1727~ they started a ’round the clock’ prayer watch. For 100 unbroken years, various ones in a community of 300 people covenanted to pray. Every hour of every day was covered in prayer.  They prayed for the nations.

Sixty-five years later, with the prayer watch still unbroken, the little community had sent out 300 missionaries to the unreached people of the West Indies, Greenland, Turkey, Lapland, and North America!

Question: What do you think was driving them to be so radically committed to making Jesus known among the nations?  Answer:  It was a deep reverence and awe for the Savior based on the blood that He shed to purchase them. 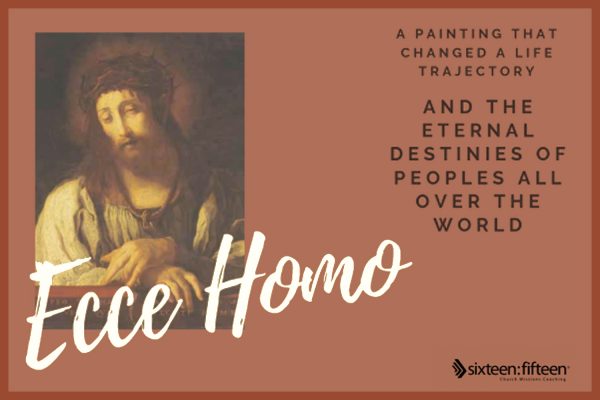 You see, when Zinzendorf finished the university, he took a trip through Europe to see some of the cultural high spots. Something very unexpected happened on this trip. Something that would not only change his life trajectory – but also change the eternal destinies of peoples all over the world!

At an art museum in Düsseldorf, he saw a painting by Domenico Feti, entitled  Ecce Homo – Latin for BEHOLD THE MAN! It was a portrait of Christ before Pilate, being presented to the crowds after being beaten by the Roman flagellum – the crown of thorns pressed down on his head and blood running down his face. Beneath the portrait were the words, “I have done this for you; what have you done for me?”

As he stood there, as it were, watching his Savior suffer and bleed, he said to himself, “I have loved him for a long time, but I have never actually done anything for him. From now on I will do whatever he leads me to do.” For the rest of his life, the blood of Jesus had a central place in his life and ministry. The story goes that when the first two young Moravian missionaries boarded the ship in Copenhagen to sail to the West Indies, perhaps never to return, (20 out of the first 29 missionaries died in those first years) they lifted their hands as if in sacred pledge and called out to their friends on shore saying “MAY THE LAMB THAT WAS SLAIN RECEIVE THE REWARD OF HIS SUFFERING!”

They knew that Jesus had purchased, with the price of His own blood, souls from every nation, tribe and tongue and they were going out to gather some of them into His fold!  THEY GOT IT!  They understood that the blood of Jesus was shed NOT just to purchase them, BUT the worldwide church of God including those sheep that are not yet in the fold- people from every tribe, every language group, every culture and every ethnic cluster!

So… WHY MISSIONS?
Because the Lamb That Was Slain Deserves the Reward of His Suffering

Several years ago, I coached a church in Philadelphia. Through the coaching process, they adopted the Tarahumara.
(An unreached people located in Chihuahua, Mexico).

As we took communion together, on our knees – he set aside some bread and wine and said, “This is reserved for the Tarahumara people – they don’t yet eat and drink from this table, but they will.  Reservations have been made – but we must invite them to come.”  Those words were prophetic…

Now when I take communion, I often think of the remaining, uneaten bread and the undrunk wine as being reserved for those lost sheep who are not yet in the fold.  Reservations have been made, but in order for them to come to the table, we must pursue what Jesus bled to obtain, we must invite them to God’s table.

For more information on how 16:15 can help unleash your church’s potential to reach the nations, or to hear about Business As Mission coaching, call to talk with a Church Coach at 505-248-1615, email info@1615.org or www.1615.org to visit our website.