Gaining God’s Heart for Lost Sheep: 3 Steps to posture your heart toward Christ-like Compassion for The Unreached

What stirs your heart? What causes deep compassion to well up within you, to where you just have to do something? Here are three steps we all can take to posture our hearts toward following Christ’s example in compassion for the Lost.

1.) Turn Your Eyes Upward & See the World as Christ Does 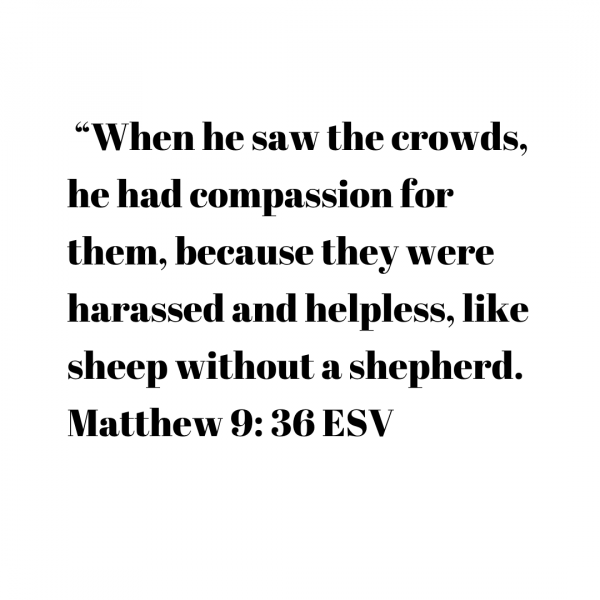 “Saw – To become acquainted with by experience, to experience.  To see with the mind, to perceive, to know.”

This type of seeing requires far more than a casual glance. Gaining God’s heart for Lost Sheep, especially where the needs are the greatest begins with seeing – we must see the world as Christ does. “…He was moved with compassion for them, because they were weary and scattered, like sheep having no shepherd…” In the original Greek, the word compassion means a yearning in the bowels. To be moved as to one’s bowels, hence, to be moved with compassion, have compassion (for the bowels were thought to be the seat of love and pity). This makes sense since the gut or the stomach was the seat of emotions and feelings for ancient Middle Eastern cultures. I think they got it right. When Jesus saw the lost multitudes, it was as if He was filled with the pangs of hunger. I guess you might say that the sight of so many helpless and harassed souls tied His stomach in knots.  His gut was wrenched.

Webster’s defines compassion as – a deep feeling of sympathy and sorrow for another who is stricken by misfortune, accompanied by a strong desire to alleviate the suffering.

In and of ourselves we are incapable of having this type of selfless compassion, but I believe that if we ask God to give us His burden for the lost, He will do it.  It will look different for all of us, but I believe He will break our hearts for the lost if we ask Him to. Asking God to crush you with a burden for the lost is a dangerous prayer – be careful, He just might baptize you with such a yearning or hunger that the only way you’ll be able to find relief will be to pray and to act.

So first, Christ saw the lost, as a result He was overwhelmed with compassion, and in response to those hunger pangs to do the Father’s will He tells the disciples to pray that the Father would send out more laborers into the harvest.

It’s so dangerously easy to develop a narrow-minded, ethnocentric, self-centered outlook on life that is not in touch with global realities. We often live our lives in our own little bubble, becoming blind to the massive physical and spiritual poverty in the world. This self-focus is called “navel-gazing.” These souls are the harassed, the helpless, the hidden, the least reached and often forgotten, peoples of the world… they are sheep without a Shepherd. 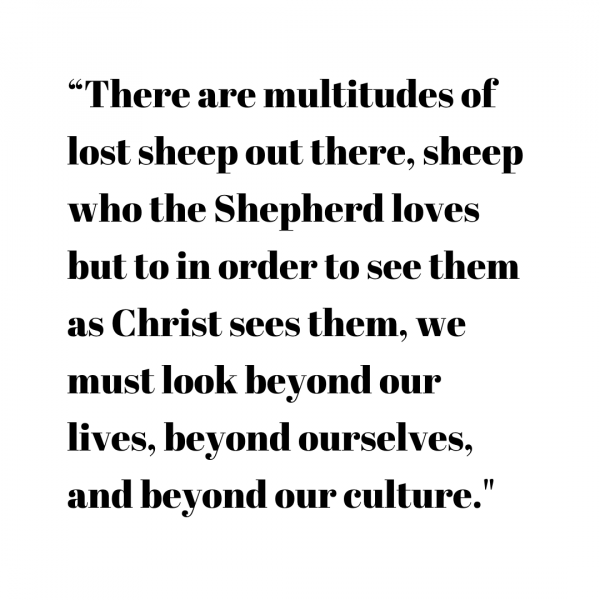 They are, as a friend of mine says, not just unreached, they are out-of-reach – there are no witnessing churches among many of them, which means that to reach them someone must take the Gospel in.

Friends, they are unreached not because they are unreachable, but because we have chosen not to reach them.  They are on a path that leads to eternity in hell, and no one has even told them how they can go to heaven.

These are not people in our neighborhoods who have not heard a “clear presentation of the Gospel” but what if Christians would just cross the street. These are people who couldn’t find a Christian if they tried. They are people groups with little or no access to the Gospel…and of the 7000 unreached peoples —- 3,235 are unengaged — meaning that to our knowledge, no one, whether church or missions’ agency is even pursuing them.

There are multitudes of lost sheep out there, sheep who the Shepherd loves but in order to see them as Christ sees them, we must look beyond our lives, beyond ourselves, and beyond our culture… and until we look, our problems at home, although real, will loom larger than any else’s.

3.) Ask Yourself This Often: Do my insides jump at the name of Jesus?

Ponder this excerpt from:

The Lion, the Witch, and the Wardrobe 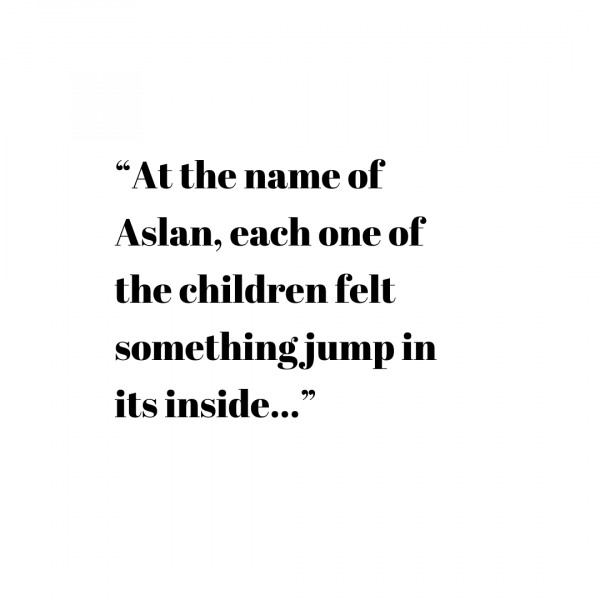 In that first conversation with Beaver, we soon get the first mention of the name Aslan, though we don’t yet know this is the lion.

They say “Aslan is on the move — perhaps already landed” — and when Beaver says this,

a very curious thing happened. You see, none of the Pevensie children knew who Aslan was any more than you do, but the moment Beaver had spoken these words everyone felt quite different. Perhaps it has sometimes happened to you in a dream, that someone says something which you don’t understand but in the dream it feels as if it had some enormous meaning — either a terrifying one which turns the whole dream into a nightmare or else a lovely meaning… too lovely to put into words, which makes the dream so beautiful that you remember it all your life and are always wishing you could dream it again. That is what they were experiencing in that moment. At the name of Aslan each one of the children felt something jump in its inside.”

John Stott said: “We do not speak for Christ because we do not so love His name that we cannot bear to see Him unacknowledged and unadorned. If only our eyes were opened to see His glory…we should not be able to remain silent.  Rather we would echo the apostles’ words” ‘we cannot but speak of what we have seen and heard.”

A Prayer for Us All:

Father, for the sake of Your glory cause my insides to jump at the mention of the name of Your Son Jesus. Help me to so love His name that I cannot bear to see Him unacknowledged and unadored. Then baptize me with the powerful pangs of Your love for the unreached.  Wrench my guts, tie my stomach in knots.  Make the burden so great that relief would only come to us through prayer and action. Provoke my spirit – then loosen my tongue and move my feet. Do all of this for your glory and the glory of Your Son and for the salvation of the unreached.

Friends … I believe that before the plight of the unreached would be like a knife in the gut to us, our insides must jump at the mention of the name of Jesus.

*If you would like to watch the full sermon, from which this content was inspired, you can watch it HERE!

Sixteen:Fifteen desires to see a movement of churches captivated by the mission of God. If you would like to learn more about how we can help your church or missions organization, click HERE to request more info.