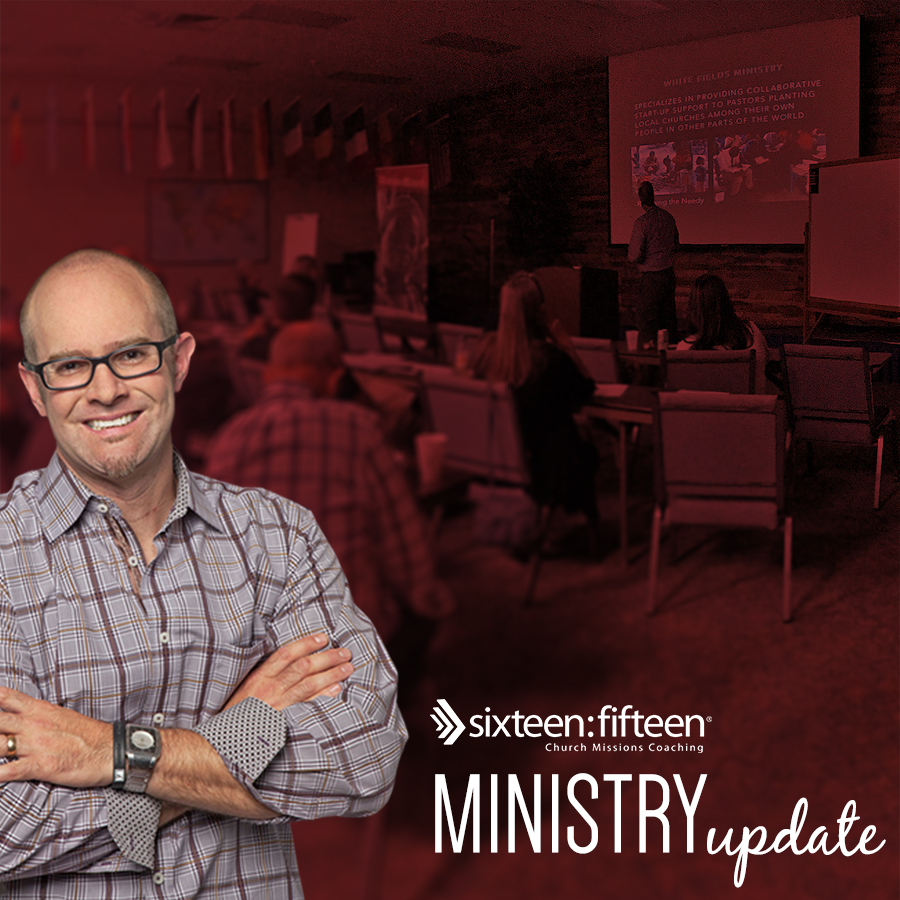 The year has just barely begun, and we have been from coast to coast and some places in between.  I started off in Washington State, where we helped launch two classes for “Perspectives on the World Christian Movement”; one in Seattle and another in Lynnwood.  While there, we hosted two networking meetings with area pastors and leaders to talk about how Sixteen:Fifteen can help them realize their church’s missions potential.  The response was strong, and several churches have requested our assistance. It seems that God has opened the doors for us to work in the Northwest which is considered to be the most unchurched region in the United States!  I suspect that God is up to something wild and wonderful there.  Next stop, Ipswich, Massachusetts where we had a Vision Refresher Workshop with First Presbyterian Church, a church we coached three years ago.  Their vision remains strong and is gaining momentum – a testimony to the power of church missions coaching.  Then it was off to Rockaway, New Jersey, where we are coaching Christ Church, a predominately African American congregation of about 8,500 people.  This is significant for a number of reasons, but mostly because they have a passion to inspire other African American churches to reach the nations.  Our final stop was in Murrieta, California, where we are working with Calvary Murrieta.  The global vision that is taking shape will take them way beyond their power, resources or abilities…and when it comes to pass, the only way to explain it will be to talk about God’s power.  The main thrust of their strategy will be the engagement of two unreached peoples, in areas hostile to Christianity, so I cannot here mention them.

In a recent Sixteen:Fifteen team meeting, we spent time praying for various ministry partners (some of you no doubt), and for some of the churches we have coached and are coaching…we were humbled when we considered the people groups around the world, once forgotten but now remembered, that are now being engaged with the Gospel.  And without partners like you, none of this would be possible.  We pray that this edition of Unleashed Ministry Update has encouraged and inspired you!

‘Til all have heard,
Matthew Ellison