Take-Aways from the National Prayer In Washington DC.

1 Timothy 2:8 – “I desire then that in every place the men should pray, lifting holy hands without anger or quarreling.” 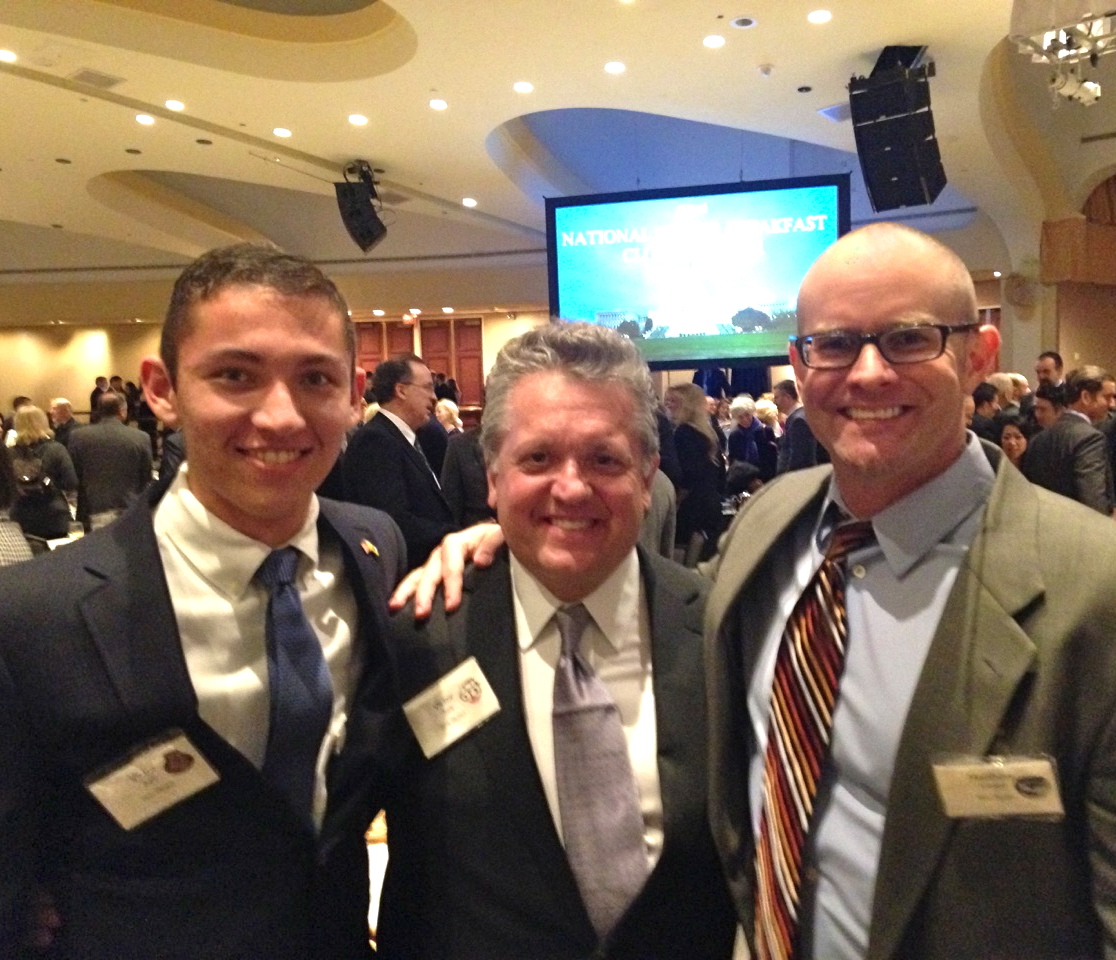 I recently had the privilege of participating in the National Prayer Breakfast with one of my dearest friends, Vic Jury and his son Victor. The NPB is a yearly event held in Washington, D.C., on the first Thursday of February each year. The event is actually a series of meetings, luncheons, and dinners that has taken place since 1953. This year’s breakfast was attended by some 3,500 guests, including international invitees from over 130 countries. The NPB is hosted by members of the United States Congress and is organized on their behalf by The Fellowship Foundation, a Christ-centered organization. It is designed to be a forum for the political, social, and business elite to assemble and build relationships.

Let me say that I expected lots of politicking but, apart from our President’s talk, there was extremely little. Speaker after speaker used their time behind the podium to not only focus on the subject of prayer, but to actually pray. Many of the prayers were unabashedly in Jesus’ name – and in my opinion it was more than words, I believe it was blood earnest.

The Apostle Paul told us that what mattered most when preaching the Gospel of Jesus Christ was not eloquence or superior wisdom but a demonstration of the Spirit’s power, so that faith may rest not on men, but on God. The most moving talks at the NPB did not come from dignitaries, politicians or the intellectually elite, but from a former Nascar driver and world champion boxer. Both Darrell Waltrip and Manny Pacquiao did not give lofty, eloquent speeches — but they simply, clearly, boldly and humbly proclaimed that Jesus Christ came to save sinners and that no one can come to the Father except by Him. The stories of their own personal journeys showcased the power of Jesus Christ to transform lives and save souls. I was reminded by these two sports figures that it is not eloquent sermons or talks that will reach the perishing; we need the power of God in order that the blessing may come down. 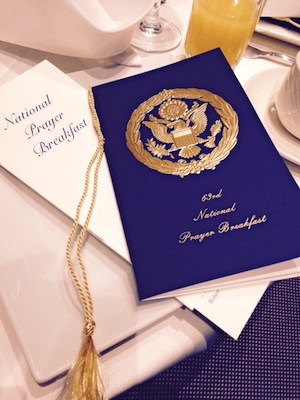 God’s People Are On The Move

God’s people are in Washington. They are from both sides of the aisle, so to speak, and He is moving in and through them. I learned from the Kosovo Ambassador to the US that His people are in Southeastern Europe and He is using them in remarkable ways.

There is much trouble in the world today and according to Jesus that trouble will only escalate. The dangers associated with loving and following Jesus will also continue to rise, but this will not thwart God’s plan to make disciples of all the nations. God’s people are in the midst of the chaos and trouble. They are on the move; His Word is running swiftly…His Kingdom will surely come.

Hope For The Future

I left D.C. on Friday afternoon filled with bright hope for the future and not necessarily for the future of my country, but with renewed hope in the power of the Gospel to transform lives. I left with a renewed hope that the Holy Spirit is moving in and through God’s people; they are on the move and sometimes you find them in places where your wouldn’t expect to; God’s people are bringing His comfort to bear in the midst of unbelievable human suffering – they are bringing Him glory.

I close here with some of my favorite words that C.S. Lewis penned about the Great Lion in The Chronicles of Narnia describing how the Pevensie children felt when they heard that Aslan was on the move:

“And now a very curious thing happened. None of the children knew who Aslan was any more than you do; but the moment the Beaver had spoken [his name] everyone felt quite different…. At the name of Aslan each one of the children felt something jump in its inside. Edmund felt a sensation of mysterious horror. Peter felt suddenly brave and adventurous. Susan felt as if some delicious smell or some delightful strain of music had just floated by her. And Lucy got the feeling you have when you wake up in the morning and realize that it is the beginning of the holidays or the beginning of summer.”

I pray that we, as God’s people, would be filled with expectation and wonder and excitement about how the Holy Spirit is moving in the world and how we can be a part of it.