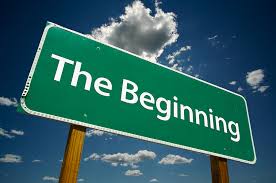 In 1993, shortly after Jesus saved me, I found myself in Ghana, West Africa on a short-term mission trip. I won’t go into detail, but simply put, God ruined me that summer. He ruined me for anything less than a life lived to His glory. The thing that ruined me was His sweetness… You see, I tasted Him and His purposes in such a way that my spiritual palette became spoiled for anything less.

The last night of the trip when I was journaling, I heard local believers who were at an all night prayer meeting, praising God in one of the indigenous dialects… I looked down at my bag, realized that all I had in life was right there with me, my shoes, my Bible, some clothes…and I had Jesus.

I remember thinking that all I’d ever wanted I didn’t want anymore, all I thought I needed, I didn’t need anymore.  I discovered then, that because I had Jesus, I was the richest man on planet earth. (The funny thing was that I had nothing – I had just been through a divorce, that’s actually how God got my attention…I was going home to no house, no money, no job, no wife…yet I felt wealthy beyond measure). God had shown Himself to me and I had begun to make sense of His invincible purpose, of populating heaven with worshippers from all nations, tribes, and tongues.

Some time after that I began youth pastoring at a church here in Albuquerque, which eventually lead to mission pastoring there as well.   God used me to start a ministry in 1995 to help young people experience God using them to reach their world – which took thousands from around the country overseas. Those students in turn lead to church contacts which in turn lead to helping those churches move forward in their Great Commission efforts~ hence Sixteen:Fifteen was born.

I attended a presentation of Dayuma  years ago, which Wycliffe helped put on through Impact Productions. At the end of the presentation, there was a challenge for attendees to begin praying for a Bibleless people group to receive the Scriptures in their heart language. My wife and I began praying . We prayed for at least a year, and to be honest, the praying alone wasn’t enough for us. One day while spending time with the Lord outside, while journaling, I began to think how my church could be mobilized to help reach a Bibleless people group and how it could become more than just a token commitment? I thought back on my exposure to missions, and how through hands on involvement God made the Great Commission come alive to me.

I began to write some simple ideas down in my journal about adopting a people group – but not just praying, not just giving — it included going and participating. It included key church and mission leaders coming together to evaluate our current missions outreach and sharing their passions and perspectives, as well as seeking the Lord together for His plan and direction for the future.

If the adoption was going to be a congregation-wide undertaking, there had to be opportunities of some kind for everyone to participate.

I couldn’t shake this idea…. eventually prayer, planning and preparation led to the formation of a missions vision and strategy that would impact the world and transform our church. If all of this wasn’t exciting enough, I began to pray that God would use this project to ignite other churches around the country to rise up and take their place in His plan to reach the unreached, the less reached and the Bibleless. Guess what, He did it! The majority of my time the last thirteen years has been spent working with local churches around the country that want to be a part of reaching the ends of the earth with the Gospel.

With the assistance of Sixteen:Fifteen and its innovative 3D process, churches across North America are deploying comprehensive strategies to shine forth the light of Christ among hidden, forgotten or marginalized peoples.  CLICK HERE to see some of the forgotten people who have been reached…and this is just the beginning!

Scripture declares to us, that all of history is moving towards one great end – the white-hot worship of God and His Son among all the peoples of the earth.

The great thing about being a part of the Great Commission is knowing that it is an extension of God’s vision, which means it CANNOT  fail, it CANNOT abort. Oh… we might fail, we might mess up, but God will not! For His promises in Habakkuk 2:14 assure us that “as the waters cover the sea, the knowledge of the glory of the Lord will fill the earth.”  The coming of God’s Kingdom is imminent. In Matthew 24:14 it says, “EVERY” nation will hear…NOT might.

How many things in life can you be absolutely certain about? Athletics, war, stock market, family, your job…dating…? Nothing! This though we can be sure of — Heaven will be filled with worshippers from every language group, every tribe and every tongue.  That being the case… When I go to churches, I don’t need to sell them anything because I know if God’s people are in tune with Him and His invincible, eternal, unchangeable purposes…all I need to do is hold out before them His glorious vision and simply invite them to participate in what He is graciously doing redemptively on earth already.

Therefore, my friends, in this great endeavor – “…be steadfast, immovable, always abounding in the work of the Lord, knowing that your toil in Christ is not in vain. The best is yet to come! I Corinthians 15:57, 58.

For more information on how SIXTEEN:FIFTEEN can help unleash your church’s potential to reach the nations, call to talk with a Church Coach at 505-248-1615, email us or www.1615.org to visit our website.