The Power of an Unleashed Church: An Update on the Fra Fra people of Ghana, West Africa – “Thank you!” 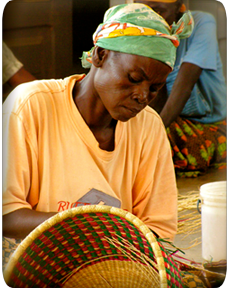 The Fra Fra people of Ghana, West Africa, like all people groups, were rapt in Christ’s thoughts as He poured out His blood on the cross. The writer of Hebrews tells us, “He endured the cross, despising the shame for the joy that was set before Him” (Hebrews 12:2). What exactly was that future joy that motivated Jesus to offer up such an immeasurable sacrifice? It was the ingathering of worshipers from all nations, tribes, and tongues who would spend all eternity enjoying His love with a never-ending, ever-increasing joy (Revelation 7:9-11). The thought of redeemed people groups made righteous by His blood, overflowing with love for and joy in His Father’s glory has forever captivated Jesus. Almost ten years ago the leadership of a local church in Grass Valley, California became gripped by this very same thought. It was during this time that Sixteen:Fifteen began working alongside Crossroads Church, coaching them into a strategic mission focus and helping them launch a church-wide initiative to make Christ known among the Fra Fra…
This summer I had the privilege of returning to Crossroads to do some teaching and witnessed firsthand the power of a church mobilized through missions coaching. The vision that God forged out of the coaching process was not only alive and well, it was growing and expanding. One milestone accomplishment was the formation of a Christian leaders and pastors training institute, that in the last 3 years, has graduated 150 Fra Fra — some of these graduates have gone on to plant new churches in the mostly unreached northern part of Ghana.
Executive Pastor Ed Lech explained to the congregation, as PowerPoint slides of new churches and pastors gatherings flashed across the screen, “We are aware of at least 10 new church plants, there may be more…in this slide we are presenting a new motorcycle to one of the pastors as a means for itinerate minister to reach hard to access places.”
And this only the beginning of what God is doing in and through Crossroads Church and keep in mind that this is only one church that has been mobilized through church missions coaching… 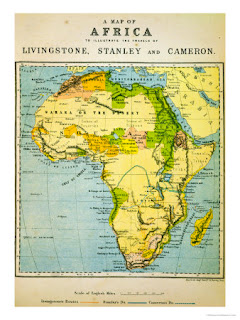 Several years ago one of our board members wisely said that only time will tell if the coaching process produces lasting transformation. Well, this year I have intentionally spent time with many churches we have coached helping them tune up their visions if necessary. What I witnessed humbled me — over and over I saw year on year vision growth as well as year on year increases in giving. Most importantly, I saw the miracle of new birth and disciple making taking place among the people and places where these churches have focused their missions’ efforts.
So, once again, thank you, thank you, thank you for standing fast in prayer and support of the mission of Sixteen:Fifteen, or should I say “frafa?”
Til’ All Have Heard,
Matthew Ellison
President, Sixteen: Fifteen